The Worship Houston Project is a dream, a God inspired dream I have carried for many years. It was birthed with the clarion call from Houston, Tx in June 2000, called “Arise My Church Arise!” Worship was the very reason Moses was given to deliver the Israelites…”Let my people go so they may worship Me (the One True God)…” Exodus 8:1 Worship is the great unifier of the Church of Jesus Christ, for He is the Head and we are His Body! Worship on Earth…as it is in Heaven! There are many facets to the Worship Houston Project, most of all to see the Complete Prophetic Destiny of Houston come to fruition, that Houston be the Lighthouse to the nations, and for Revival, Renewal, and Resurrection fully realized in every Church, Community, Street, Home, and Region in Houston!
This is a Tall Order and will only happen through the People of God rising up together in complete unity and by Faith! With every move of God, there is a sound which accompanies its revival, one birthed from the ground up, from the Plantings of the Lord, not exported from other revivals or areas! That is why this is timely and significant, that this unity within the Houston area is fully realized from the Chuch that is in Houston, regardless of denomination, through the networking and full cooperation of the Body of Christ! The initial phase of this massive undertaking is the provision for the Vision. To participate in this phase, go to: Go Fund Me 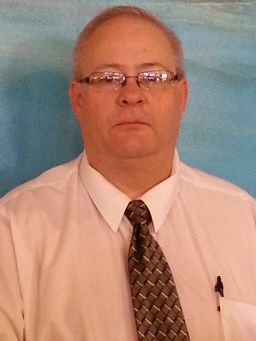 Pastor Ed Hendrix is an ordained minister through Christ Assemblies. He has been in full time ministry as Senior Pastor and Director of International Outreach Centers for over 20 years. In this time, he has co-labored with many ministries and churches to develop, train and be a mentor to the pastors and leaders, as well as, a frequent “voice” to the people. Pastor Ed walks in a strong prophetic calling, and is active as an apostolic leader. Pastor Ed is known as a powerful teacher of the Word, and an ability to open revelatory insights for easy understanding. Pastor Ed has been a regular on TBN, Meet the Pastor, and numerous radio broadcasts, as well as, an author giving insight into building the Kingdom and the people of God.

Raelynn Parkin began her worship journey at the age of four, learning how to play the piano and sing. She began to compose her first compositions at age 10 and has written hundreds of musical works since, most centered on intimate worship and personal worship. She played piano as a youth for various youth events, sang in her choir all through high school and even went to Sam Houston State University as a music major with her studies in theory and composition, though she did not finish her degree.

Later she married her husband, Paul Parkin, as she continued her music ministry to include piano, playing on worship teams, and soloing for church worship services. She was later ordained as worship leader at Houston Revival Center in 2003, and her current ministry Bride Song Ministries was birthed with cofounder Paul Parkin. Paul was very gifted as a children’s pastor, and also composed, directed and produced his first children’s musical, Jimmy’s Egg in 2003, of which Raelynn wrote and recorded all of the music, as well as directing the children. Raelynn and Paul are both ordained under apostolic oversight by Ed Hendrix of International Outreach Center.

Raelynn has always had a prophetic teaching gift, with a desire to raise up the worshippers in spirit and in truth of the Word of God. She taught for 2 years under Russell Thompson in his music school Crescendo Preparatory School of Music where she enjoyed teaching piano to various ages of students. She also enjoyed imparting her knowledge of worship to her worship teams and other singers and musicians throughout her years of leading worship. Her true passion is to impart and teach worshippers how to enter the Holy of Holies, both individually and as teams, as well as carry the Glory through worship.

Paul and Raelynn began to host monthly Worship Nights in their home in June of 2006, and continue today, where Raelynn leads the Body into intimate worship as well as teaches through demonstration how to enter in these Heavenly places of worship. Her family joins her in this beautiful expression of worship, her daughter Shara sings, her son Zachary plays upright bass, and Michael accompanies with his viola and occasional cello, while Chancellor helps to host and setup equipment, and Paul emcees, exhorts and prays during the service, along with other special worship guests periodically. Raelynn has taken the Worship Night feel into other home services around the Houston area.

Raelynn authored her first book in 2007, “Lessons From One Worship Leader to Another,” and later taught these lessons in her first teaching conference, Unlocking Worship in February 2008.
Raelynn later in 2014, updated her first book with more teaching, calling it “Unlocking Worship Entering His Presence,” published by Eddie Smith of SpiriTruth Publishing. She also published her third book, “The Heavenly Worship Room” in December 2014, and her fourth book, Conversations Bride Songs and Psalms to the King,” in March 2015. As the teachings began to well up within Raelynn again, she started blogging and publishing her teachings to edify the Body of Christ through her website Bride Song’s Blog in April 2015, as well as regular worship newsletters.

Raelynn has also written, recorded and produced a total of 7 albums, 3 studio projects and 4 live recorded projects, with help from her fellow producer Guy Ben Murphrey of Kena Naya Productions, along her amazing worship friends! Her last two studio projects, recorded in 2010, “Out of the Secret Place,” and Bride Songs A Lady and Her King,” feature her favorite Throne Worship songs as well as intimate love songs to the King. She then recorded two live projects in 2011, with her worship friends who joined her in the studio, in “The Lord’s Bridal Company Volume 2,” and “Arise My Church Arise,” from her summer Houston worship tour.

You may wonder why this seems out of order. After Raelynn published her final book in 2015, the Lord showed her that each of her books had a worship Cd that perfectly demonstrated the teachings in her books, thus birthed her Book/Worship CD combos. She paired the Unlocking Worship with the worship CD, “The Lord’s Bridal Company.” “The Heavenly Worship Room” is demonstrated with her worship CD “Out of the Secret Place,” and “Conversations” is paired with “Bride Songs” worship CD. Interesting how the Lord works!

Raelynn has currently been in training through her various networking and social media for her business which was the final piece of her development for the Worship Houston Project. Raelynn leads worship and speaks at various events, conferences, bible studies, and prayer initiatives, as well as worship burns for Releasing the Kingdom and Firestorm Conferences. She also currently coleads worship at Lora Allison’s Second Monday Prophetic meetings, as well as Great Host Ministries, to the Women leaders of Five Fold Ministry.

The Worship Houston Project has been a thread throughout Raelynn’s worship and teaching ministry, and is coming to its full light in the days to come! Raelynn has always had a heart for revival not just in one church but in a city, a region, a state, and a nation, and she is part of that remnant heart looking for the fruition of many prophetic words spoke over the region of Houston!
Worship on Earth…as it is in Heaven!